Bhatnagar: Mayo Then and Now 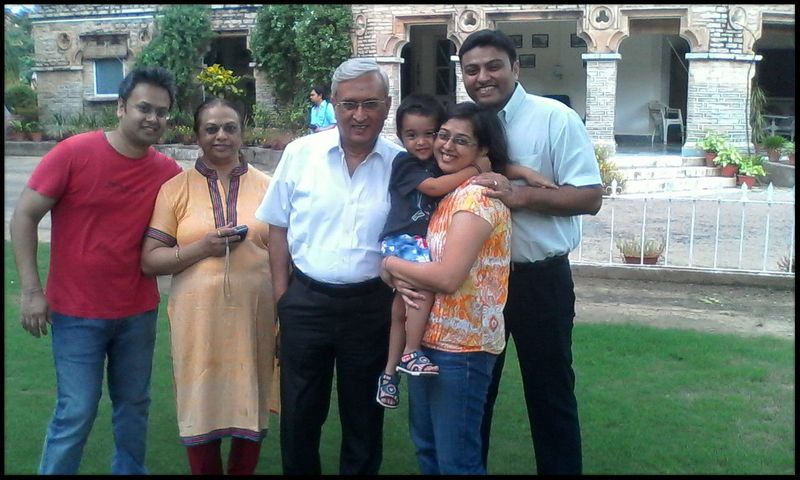 On a dry cold winter morning in January 1958 my father and I arrived at the Ajmer railway station from Delhi. He to drop me (a seven year old) and I for spending the best decade of my life at Mayo College.  We freshened up in the Upper Class Retiring Room (as it was known those days) and took the only available public transport those days -- the horse drawn “tonga.”  We entered the portals of Mayo and I was hit by the enormity of the imposing main building as well as the vast expanse as compared to the limited campuses of Delhi Schools.  We were directed to the Principal’s office in the main building and were met by none other than Jack Gibson himself. I can’t recall the conversation we had but distinctly remember his scrutiny of my three-feet-nothing skinny frame, perhaps thinking how will this tiny creature survive in the boarding school. Nevertheless, he directed us to Jaipur House which was the house for prep school boys. We were met there by Mrs. Madan Raj the House Mistress and Mrs. Monterio the Matron. Their welcome wiped away all the apprehensions that I may have had and in no time I had mixed in with the boys playing around. I don’t know when my father left, and settled down quickly in the set up. That’s how my journey at Mayo began.

Cut to Circa 2001 – a dusty 21st May afternoon when the School was closed for summer break, my wife and I drove in from Dehradun in our Maruti Esteem VXI (there were no competitors for this car back then!!)  This time it was to take up the position of the Bursar. The only person who met me at the main gate was an aging chowkidar with a garland of marigold which took me by surprise! He stopped my car and introduced himself as Prabhu Dayal who was a games coolie in my student days. Memories came flooding back and I recalled that my welcome man was none other than “dhakkan” as we called him then. We then proceeded to Sherring House which was to be our home for the next thirteen and a half years.

Although it would be unfair to compare my student days during the Gibson era and the 21st century Mayo, I cannot help comparing the two stints I had there. The striking contrast was the physical appearance of the campus. While one remembered a dry but neat campus as a boy, I remarked to my wife that Mayo now looked like a village with unkempt fields, stray cattle and pigs all over. The imposing Sherring House then occupied by the longest serving Bursar – Mr. SL Saigal appeared like a haunted house abandoned as there had been no replacement for my predecessor over six months. After a settling in period of half a day, I got down to sprucing up the Campus as I believed that a pleasant campus makes the residents feel happy. We managed to make it appear more presentable during the summer break.

Boys returned from their holidays in early July and the campus was once again abuzz with activities. The day’s curriculum remained more or less the same as in “our times.” A quick assessment of boys and the teaching faculty revealed a disconnect which I found strange. It was unfair of me to expect Masters of the stature of Messers NC Sharma, Goofy, BML Sharma, SSN Ganju, CG Joshi, PK Sahajwala, Ramesh Shah, BC Gue, Gurudev TD Pant, RN Chatterjee, Nahar Singh, RRS, Dr, Manohar Singh, Sr. D’Souza and a host of others. They were caring but the present day masters were more self-centered. The boys appeared disheveled and were quite happy to stay away from their masters. The support staff was unionized and uncaring. It was a paradox. Perhaps my initial reaction was harsh because I should have taken into account the changed values the world over. Mayo College could not remain insulated from these present day values which appeared strange to an Old Boy nose deep in nostalgia! My views, of course, mellowed over the years as Mayo took an upward turn within a short span of next two years. I realized that Jack had the luxury of a Board which pretty much left the School to him without interfering in it’s day to day functioning. The present situation was in contrast with very frequent “Committee meetings” which left little time for the Principal to carry out the actual task of running the School. Once I gained the confidence of the Board of delivering results, my second decade at Mayo turned sweet. I can now look back at this period with a sense of achievement. My guideline was my student tenure at Mayo. Perhaps this is where my being a student of the Jack Gibson era helped me tide over the situations. Despite my tumultuous final three years as the Bursar, I hold very fond memories of what I still call “Jack’s Mayo.”