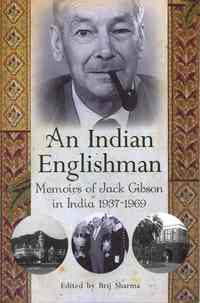 Anvar Alikhan, Amitabha Sen and I have republished an edited version of Jack Gibson's memoirs As I Saw It as An Indian Englishman Memoirs of Jack Gibson in India 1937-1969. Brij Sharma a journalist based in Bahrain edited the original. Brij spent much of his childhood and youth in Dehra Dun, and while not a product of The Doon School, he has known its campus, the surroundings of the city and much of the mountainous terrain described in Gibson's letters.

They say the journey is the reward and for the three of us, this was certainly the case!  I accomplished this project without ever speaking to all those involved and relied instead on email and web sites.  All this started a year ago, when we embarked on the creation of this web site to record memories Gibson's students and colleagues had of him.  Anvar thought the best way to ensure Gibson's legacy was to have his memoirs republished and available to anyone who wanted a copy.  In some ways this would make Gibson's letters home over 42 years last forever.  Dinesh Bhatnagar tracked down a copy of the original in the Mayo College library, and had all 700 pages scanned as pdf files and emailed to me.  Nikhil Khattau, my partner in India,  had his former secretary N. S. Rengathan retype the pdf files I emailed him as Microsoft Word files.  He emailed them back to me and I emailed them to Brij Sharma in Bahrain who edited the Word document.  I was introduced to Brij by Omar Khan, a friend in San Francisco, who knew Brij.  It was only after Brij had started reading the original memoirs that I learned he grew up in Dehra Dun!  The communication Anvar, Amitabha and I had amongst ourselves, and I with all those who provided the material that went into the book was all by email that criss-crossed 3 continents.

Finally the book was put into its current form by using the web services of www.lulu.com. My communication with my project coordinator, the person creating the layout and the graphic artists designing the cover was all via email and the web site.

Gibson could never have imagined this would be possible even 14 years after he passed away.