A. Sen: Nothing Is Written 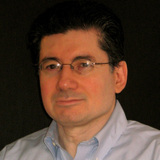 In a scene from “Lawrence of Arabia,” a Bedouin warns of the futility of finding a boy lost in the scorching desert: “Ghasim’s time is come, Aurens.  It is written.”  Lawrence snaps back, “Nothing is written!” – just as Gibby would have put it, just as he lived it.

My class of 1968-69 was the last of Gibby’s batch at Mayo, when he was 60 years old.  Like most of my classmates, I knew nothing about him at the time and only saw him as a towering headmaster, like a hulking Kabuliwallah, to be feared for breaking bounds.  That black-and-white image changed to color one day, in an unmistakable “Gibby moment,” when on my way to the hospital from a football injury, the maroon jeep raced up and Gibby, pipe in hand, hauled me over and joked about my “doozy.” His heart was even bigger than his body.

Most of what we know of Gibby’s life comes from his little known, little read memoir As I Saw It, a collection of diary-letters he wrote home to Puck’s Hill in Norfolk, England.

Gibby’s own education was far broader than the B. A. in English and History he earned in 1929 from Sydney Sussex College at Cambridge University.  He was, in fact, better known as a fencing Blue, a lefty who qualified for the 1928 Amsterdam Olympics, captained the Cambridge team, and competed for the foil title of England at Bertrand’s Salle D’Armes.  Although he was apparently not academically gifted, having placed in Class III for the English Tripos, the ideal he later sought in his boys was the rare well-rounded character, “a First and a Blue.”

When Gibby came to Mayo in 1954, an Old Boy wrote that he was hopeful that Gibby would transform Mayo into a school where “boys are keen on study, ambitious about the future, and madly competitive.” By the time we graduated 15 years later, we had a class that reflected this vision.  Gibby realized early the need for clear thinking leaders – “stupid people in a position of authority are such a menace!” – and he genuinely believed that doing well did not have to depend on friends in high places.  Unusual for a man who wore his old school tie to lunch with fellow Haileyburian, Lord Attlee, and called on the PM (Nehru) for help with customs.

A friend, Captain Harold Saxton (Royal Navy), reminded him early in his life that the fruits of grounding in classics are not realized until higher ranks are reached, even in the Navy!  That may be why Gibby took a special interest in Shakespearian plays, oratory, and teaching logic via Euclid’s geometry, a class both dreaded and enjoyed for its off-beat style.  If you failed to answer his questions, you had to confess aloud to the whole class, “I am an arse, Sir!”

He sought relief from mental ennui at Mayo by crafting elaborate word games and engaging, especially the bright and the garrulous, in verbal jousts.  He was full of surprises.  I remember Gibby presenting a biography of Disraeli to a friend in my class, when the rest of us had not even heard of Disraeli.  Another time, after a track event at Bikaner Pavilion, Gibby pulled out three matchsticks, broke one short and held them out. “What are the odds that you pick the short one?” he asked, surprising the athletes.  His efforts to lift the standards of scholarship had an unintended downside. On a 5-mile cross-country race once, a few smarty pants jog-walked the whole way with a book in hand.  Gibby sent back Hage Lodor, the guy who finished first hours ago and still full of steam, to egg them on!

By making us find out for ourselves and try out new things, Gibby set a tone of exploration that has stayed with me ever since.  At Mayo, apart from scaling Taragarh and Madar, we did not get a chance to go on manly expeditions with Gibby, partly because he had hung up his skis by then.  But I got a sense of his thirst for adventure when I went on a 200-mile bike trip along the Ajmer-Tonk-Jaipur route for the Duke of Edinburgh scheme’s gold award. The scheme had been introduced in Mayo for the first time in India by a visiting teacher, Andrew Richardson, and Gibby was keen on seeing us succeed.  After leaving Mayo, I went on a sub-Himalayan trek around Sikkim, arranged by a school friend, which is still fresh in my memory.

“Citizenship training,” like digging wells, teaching village kids, and self-help projects with Bunker Roy, revealed Gibby’s empathy for the Gandhian ethos.  Gibby first saw Gandhi at a conference for Indian independence in Geneva in the 1930s, and gradually came to admire him, noting that he was “as difficult to understand as God.”  Gibby borrowed a page from Gandhi when he wrote parents that every boy should build the courage to “seek the truth for himself”.   And it is no surprise that one of his favorite assembly prayers was Tagore’s “Where the mind is without fear.”

So it was, after a gap of some twenty years, that the long hand of Gibby reached out to me again.  I had sent him a greeting card.  “Write something about yourself!” he shot back, ever urging us to write interesting letters.  I was happy to report to him about my foray into science at that time. Even though I was confounded by Archimedes’ principle at school, I ended up making a discovery in Einstein’s theory.  Indeed, nothing is written!  I would like to imagine that as he sat in Shanti Niwas among his sweet peas looking out into a dusty sunset, the news brought a twinkle to his eyes knowing that one little blighter tried to seek the truth for himself.

Subsequently, I moved on to work in the real world, ending up at an investment bank.  I never again met anyone like Gibby, but I did come to know some great thinkers at the frontiers of knowledge, somewhat like Gibby meeting Shipton and Tenzing.

Gibby came as an apostle of Lord Halifax, played Marcus Antonius at the burial of the British Empire, and transformed himself into an usher for the new India.  In the end, like T. E. Lawrence, Gibby seemed to seek authenticity in a simpler life.

In memory of Gibby’s love for playful verse, here is my trifling ode to the old usher, of whom only this can be written:

There once was a boy from Puck’s hill
Who wrote long letters to his sister Jill
So adventurous was his life
Choosing India over a wife
That fondly he is remembered still.

An interesting article , that provides glimpses of the man, the Principal. "gibby" who devoted himself to shaping young minds in India , at Mayo College.